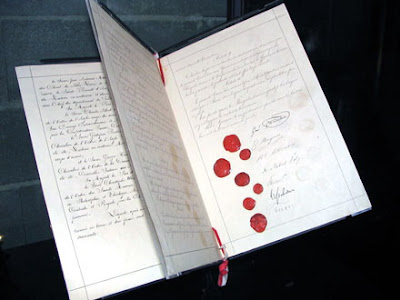 It was 60 years ago today that the fourth treaty of the Geneva Conventions was signed.

We might wish that wars were a thing of the past but, unless and until that day arrives, the attempt to engage in conflictal resolution of differences in the most humanitarian way possible is a necessary undertaking. One might be concerned that not only is there a failure to actively promote the agreement but actions by the recently replaced regime in one of the world's most powerful countries has led to an erosion of concern for the Convention. An article last April by Dahlia Lithwick is food for thought.
______________________________________________________