There's a long, long trail a winding - to understanding 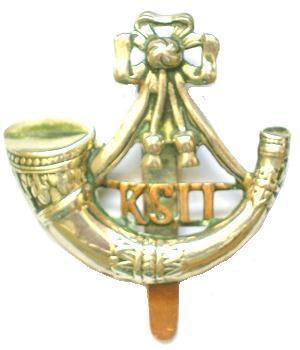 I was at the Cenotaph this morning with a great number of others who from many different generations and backgrounds came with their thoughts, feelings and memories.

I am from the generation which lived the immediate aftermath of the War in the second half of the 1940s and early 1950s.  I am not old enough to remember the War itself or to have suffered any direct trauma. In an emotional sense I am what a later generation might refer to as collateral damage.

My most frequent thoughts this morning were of my father, a gardener who prior to 1939 had traveled no more than a few miles through the Herefordshire countryside from his place of birth.

The first military assignment for this inexperienced country lad was on the home front, recovering and identifying bodies after the bombing raids on Birkenhead.  Then he was shipped overseas.

During the 21 gun salute from cannons across the river this morning, I wondered what went through his mind during the days that his unit listened to constant gunfire, pinned down while trying to take Rouen.

There were many young parents with small children at the service this morning and watching them was a real delight.  I have difficulty imagining my father's being stuck in the European theater during the birth of his daughter, her subsequent illness and her death at the age of 8 months.  He made it back to England just in time to attend the funeral of the baby girl that he had never seen.

I was never close to my father.  He was close to no one, stern, dutiful and guarded. Suffering from what would three decades later be known as PTSD and clinical depression, there was no help in those days for injuries with no physical manifestations. His condition affected me and I was bitter for many years.  Now, a little (a lot) older, I feel only sadness and, if some part of him still exists somewhere, I wish him peace, happiness and, above all, laughter.

At the end of the ceremony we applauded as buses carrying the elderly veterans passed by.  The applause continued as present day members of the Armed Forces marched past, some of them subject to deployment, some no older than my father when he was thrown into the maelstrom.

I hope that we all came away not only with gratitude for those who served long ago but also a commitment to be vigilant for the well-being of these young service personnel and their loved ones if, sent into danger by those we have elected, they return with consequences both seen and unseen.  I cannot do anything directly for you now, Dad, but this I can do in your memory.

So very, very touching. Your words have moved me and brought tears to my eyes and made me understand on a personal level the ongoing levels of pain that radiate outward for decades after the horrors of war in so many different ways.

How little we know of what our parents went through.
I think in the 50's we were all just encouraged to 'get on with it' and not dwell on it' etc etc. The proverbial 'elephant in the room'.
My father, luckily, survived almost 4 years as a POW with only an impaired digestive system, but, obviously some mental changes.
I feel that the veterans we send to serve our politicians deserve out utmost respect.
Better not to send them off to ridiculous wars such as Iraq and Afghanistan. Do not get me started…..
Hope your grandkids bring you all the joy our little ones do us!

This was indeed, a very moving post. Brought me to tears as well.

In my own heart of hearts, I think that your Dad is looking down from somewhere up in the Heavens, and is very, very proud of you.

Even though I've never met you before, I know that you are a fine, fine man. Your Dad knows that too!!

So-long for now, DCW. May your Angels watch over you.

With love and in friendship,