September 11 - A note to American friends 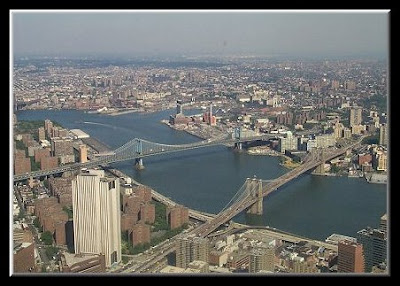 On this day and in this year when there appears to be some reason for optimism on the political horizon, I wish for our neighbours in the United States a return to the far-sighted vision based on confidence such as was available from the top of the World Trade Center and not the limited and myopic view based on fear that some self-serving politicians have harvested from the rubble at its base.
If individual rights are sacrificed on the altar of revenge and paranoia, the murderous fanatics of 9-11 will have killed not only 3,000 innocents but also the most cherished dream of a nation. Those of us who believe in the principles of democracy and human rights have to trust that a majority of Americans have the inherent strength and nobility to wave the banner of freedom and not cower beneath the shield of security.

I like this! It is true - if the actions of fanatics instill fear in us, we never win, and they always do.