Imagine - Nothing to kill or die for - And no religion too 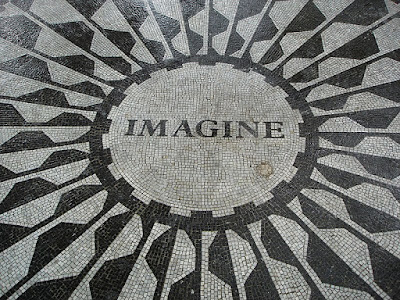 Two items from this week's news:

Church members, led by the Reverend Fred Phelps, have picketed outside numerous military funerals to draw attention to their view that US military deaths in Iraq and Afghanistan are punishment for the immorality of Americans, including tolerance of homosexuality and abortion.

For about 30 minutes before the funeral began, the protesters marched with signs reading: "Thank God for Dead Soldiers", "You're Going to Hell" and "God Hates the USA/Thank God for 9/11".

Tehrik-i-Taliban told BBC Urdu they carried out the attack.

"This man was a known blasphemer of the Prophet [Muhammad]," said the group's deputy spokesman, Ahsanullah Ahsan.

"We will continue to target all those who speak against the law which punishes those who insult the prophet. Their fate will be the same."


In the first matter I would subscribe to the views of the sole dissenting judge, Justice Samuel Alito:

"Our profound national commitment to free and open debate is not a licence for the vicious verbal assault that occurred in this case . . .

"In order to have a society in which public issues can be openly and vigorously debated, it is not necessary to allow the brutalisation of innocent victims."

I find it impossible to comprehend the fanaticism of some religions. 9/11 continues to puzzle me - how does someone willingly commit murder/suicide as an act of adoration for their God? Indoctrination/brain washing/whatever begins at birth I suppose, but at some point one would assume that people would come to the intellectual understanding that their actions are wrong.
I don't know - I don't get it!

Hatred and murder is the engine and it runs on fear. What a terrible machine.