The application for leave to appeal of the Attorney General of Canada on behalf of the United States of America against Abdullah Khadr has been dismissed by the Supreme Court of Canada. The Supreme Court has once again given a spark of pride to being a citizen of this nation which is seldom ignited by our present government. 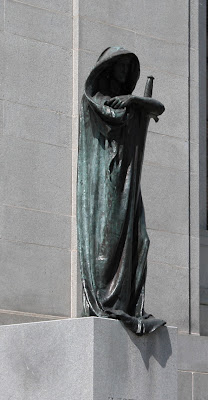 (Headnote) The U.S. allegedly paid the Pakistani intelligence agency, the Inter-Services Intelligence Directorate (the "ISI"), half a million dollars to abduct Abdullah Khadr in Islamabad, Pakistan, in 2004. Khadr, a Canadian citizen, was suspected of supplying weapons to Al Qaeda forces in Pakistan and Afghanistan. Following his abduction, Khadr was secretly held in detention for fourteen months. He was beaten until he cooperated with the ISI, who interrogated him for intelligence purposes. The ISI refused to deal with the Canadian government but did have contact with a CSIS official. The American authorities discouraged the CSIS official's request that Khadr be granted consular access, and the ISI denied access for three months. The ISI refused to bring Khadr before the Pakistani courts. After the ISI had exhausted Khadr as a source of anti-terrorism intelligence, it was prepared to release him. The Americans insisted that the ISI hold Khadr for a further six months in secret detention, to permit the United States to conduct a criminal investigation and start the process for Khadr's possible rendition to the United States. When Khadr was repatriated to Canada, the United States sought to have him extradited on terrorism charges. The Superior Court judge conducting the extradition committal hearing concluded that "the sum of the human rights violations suffered by Khadr is both shocking and unjustifiable". The judge granted a stay of proceedings on the basis that to permit the proceedings to continue in the face of the requesting state's misconduct would constitute an abuse of the judicial process. On behalf of the United States, the Attorney General of Canada appealed the decision to the Ontario C.A. arguing that the extradition judge had no jurisdiction to grant a stay, and that even if he did, the case did not qualify as "the clearest of cases" warranting a stay. The appeal was dismissed.


The Ontario Court of appeal had said:
"We must adhere to our democratic and legal values, even if that adherence serves in the short term to benefit those who oppose and seek to destroy those values. For if we do not, in the longer term, the enemies of democracy and the rule of law will have succeeded. They will have demonstrated that our faith in our legal order is unable to withstand their threats . . . "

That echoes my sentiment expressed previously.

I had also posted concerning his younger brother.  Neither may be completely innocent of the accusations but I prefer my government to err on the side of justice rather than toadying to tactics of a neighbouring nation which blur the distinction between our values and those of Al Qaeda by which the young brothers were allegedly influenced.